"What would it look like for every Catholic to be intentional about their relationship with Christ and to embrace their role as a missionary disciple? What if every visitor and every long-time member of our parish were invited into a process of encountering Christ personally, learning what it means to follow Jesus daily, discovering their unique gifts, and launching into the world to love and serve? What if every member of our community be welcomed into a small group where they can wrestle with questions, explore the Scriptures, and receive support for the journey of faith? In other words, if evangelization is our deepest identity as Catholics, our very vocation, the reason why we're here, what would happen if we took these words seriously?
Pope Francis reminds us that if we want to reach the world with the Gospel we certainly can't wait calmly and passively in our church buildings (The Joy of the Gospel, 15)! Jesus tells us to be fishers of men, not keepers of the aquarium. Our call, the very reason we're here, is to share our stories of faith with others - how we have encountered Jesus and how those encounters have changed our lives. It's not an obligation or a duty. To share our love for Christ (and Christ's "first love" with others) is a real joy, the zenith of human fulfillment. Being a disciple. Making other disciples. We were made for this!
So what are we waiting for?

Playing Not to Lose: What Pope Francis is Telling us About Evangelization

In perhaps the most pronounced and pointed language to date, Pope Francis told Catholic leaders on Sunday that the Church stands at a crossroads and there are only two options: “We can fear to lose the saved or we can want to save the lost.” His words are powerful and precise, diagnosing a deep ill that has plagued the Church for centuries. “What’s that?” you ask?

We’re not playing to win, we’re playing not to lose.

There’s a difference between playing to win and playing not to lose. Ask any basketball team who tried to coast through the last minutes of the game resting on what they thought was a secure lead. Ask any golfer who made the turn ahead of the pack and choked down the stretch because he was trying so desperately not to lose. When you take your foot off the gas making sure you don’t make a mistake in the final lap, you end up losing the checkered flag.

The same could be said for the Church when it places maintenance over mission, when it tries to keep what its got instead of seeking what is lost, and the pope knows it. In what has been called the Holy Father’s “mission statement,” Pope Francis made it abundantly clear on Sunday that the Church’s very identity cannot be passive or defensive or indifferent or on cruise control. If you’re using the language of “retention strategies” you’ve lost the game before you started. We cannot sit in our church buildings just trying to maintain what we have. We can’t continue to post things in the bulletin, run programs and settle into our committees. If we want to change the world, we’ve gotta go out!

“The way of the Church,” Pope Francis says, “is precisely to leave her four walls behind and go out in search of those who are distant, those on the outskirts of life.” In what might be understood as the fundamental gauntlet of his papacy, Pope Francis repeatedly reminded Church leadership to get out of their “close caste” societies, their “mental boxes of ritual purity” which isolate them from the world.

The essential mark of the Church, and Pope Francis couldn’t say it any more emphatically, is to go. Go, Pope Francis is telling all of us, and seek the lost. “Go out and see, fearlessly and without prejudice, those who are distant” from the Church. We can’t be neutral or indifferent or lukewarm anymore. “Charity is infectious,” the pope exclaimed. “It excites, it risks, it engages!”

Using the Gospels reading of Jesus healing the leper, Pope Francis reminds us, “What matters above all is reaching out to save those far off.” He urges us not simply to pursue the outsider but to see in every non-Christian or fallen-away believer Jesus Christ crucified. “See the Lord present even in those who have lost their faith, or turned away from the practice of their faith, or who have declared themselves to be atheists."

Jesus said, “Suppose one of you has a hundred sheep and loses one of them. Doesn’t he leave the ninety-nine in the open country and go after the lost sheep until he finds it? Then he calls his friends and neighbors together and says, ‘Rejoice with me; I have found my lost sheep.’”[1] Pope Francis declares, “For Jesus, what matters above all is reaching out to save those far off, healing the wounds of the sick, restoring everyone to God’s family. And this is scandalous to some people!”

Scandalous indeed.  There is often a palpable resistance to this kind of missional thinking in the Church. Fueled by a completely consumerist and parochial mentality which feels entitled to certain privilege, seasoned Catholics assert, "We have been here. We have put in our time. We've sent our kids to this school. We have served on committees. We've earned this."

Jesus' Luke 15 "lost parables" offer a beautiful corrective to the "elder son" syndrome. The “elder son” won’t rejoice with the Father when the wayward son returns. He feels slighted that more attention wasn’t paid to his constant faithfulness. The Father must remind the elder son that “everything I have is yours.”[2] In the same way, the elder sons of our own parishes and Catholic institutions bristle at the thought of turning everything toward the outsider, those atheists and fallen-away believers and those whose Sunday Mass attendance isn’t quite as stellar as theirs.

Pope Francis says to us, “True charity is always unmerited, unconditional and gratuitous!” It’s not something you earn. It’s a free gift you receive. And if we were really sons of the Father, we wouldn’t need the prodding. We’d be right there with Jesus, filled with compassion, running, not walking, runningtoward the sinner. This is the mark of the Church. “Total openness to serving others is our hallmark,” the pope says. “It alone is our title of honor!”

The choice is ours. We can fear losing the saved or we can do everything we can to save the lost. We can join the Father in seeking the sinner or we can sulk in our own sense of self-righteousness and miss the heavenly banquet. We can follow the clear, unequivocal teaching of Pope Francis or we can continue with business as usual. We can play not to lose or we can play to win.

How do you Pray?

Pope John Paul II was once asked how to pray. He responded, “This is a simple matter. Pray any way you like, so long as you pray.” This is a reassuring thought for those of us who can get caught up in the “right” or the “wrong” way to do just about anything. Shall I recite a traditional prayer or use my own words? Catholics wonder if they should recite the Our Father or thumb through a decade of the Rosary. Evangelicals have so many acronyms for prayer it’s hard to keep them straight (is it F.A.C.T. or A.C.T. or P.R.A.Y. or P.R.A.I.S.E.?). Long before Nike coined the phrase, Saint John Paul the Great’s approach might’ve been summed up in three words, “Just do it.”

The point is not to get too caught up in forms. Perhaps prayer, best articulated, wasn’t meant to be formulaic at all. The “Little Flower,” Therese of Lisieux once described prayer as a “surge of the heart.” Teresa of Avila, the Carmelite mystic and reformer, suggested that “prayer is nothing else than a close sharing between friends; it is taking time to frequently be alone with him who we know loves us.” Nehemiah records the longest prayer in the Bible.[1]A penitent sinner babbled one of the shortest prayers in Scripture, “God, have mercy on me, a sinner.”[2] Not to be outdone, the ever-impetuous Peter manages an even shorter prayer, “Lord, save me!”[3]

And then he surprises us.

If you really want to know the Lord, Pope Francis says, “pick up the Gospel and pray in contemplation.” Letting his Ignatian colors shine, he continues:

This is the way Pope Francis prays and he urges us to do the same. With his heart buried in the Gospels and his eyes fixed on Jesus, Pope Francis compels us all with this simple, biblical, Christ-centered practice: “Read the Gospel, imagine, and speak with Jesus. Nothing more.”

So pick up that Bible. Every day. Open the Gospels. Fix your eyes on Jesus. Spend some time in contemplation. Then talk to Him. Let your heart surge. Be alone with He who loves you. Truly contemplate the Savior. Simple. Powerful. Transformative. Just do it . . . today.

[1] Nehemiah 9:5-38 suggests that in addition to this most verbose prayer, the Israelites also spent at least 3 hours reading Scripture (OT) and 3 hours in confession and worship that day. 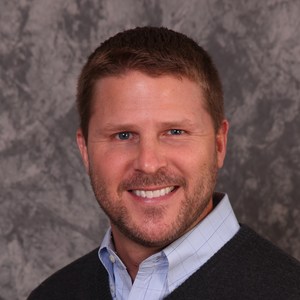