Option for the Poor and Vulnerable 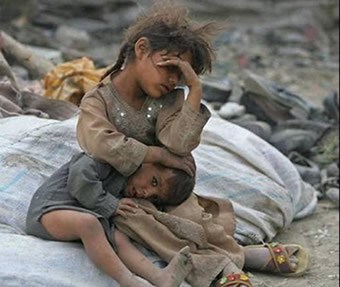 The more we know about Catholic Social  teaching, the more equipped we are to express our Catholic faith in powerful ways. Over the next few months, the Service & Justice Commission is going to empower parishioners with knowledge of the seven themes of Catholic Social teaching

Theme 4: Option for the Poor and Vulnerable

What is the Church’s teaching on Option for the Poor and Vulnerable?

The United States Conference of Catholic Bishops states, “A basic moral test is how our most vulnerable members are faring. In a society marred by deepening divisions between rich and poor, our tradition recalls the story of the Last Judgment (Mt 25:31-46) and instructs us to put the needs of the poor and vulnerable first.” According to www.feedingamerica.org the most vulnerable in our society could really use our help. They report that in 2015, 42 million Americans — including 13 million children — lived in households that were food insecure, meaning there was limited or uncertain access to enough food to support a healthy life. Psychology Today reports that children living in poverty tend to have lower scores on standardized tests, lower grades, and are less likely to graduate from high school and therefore are likely to perpetuate the cycle of poverty to the next generation. Poor children even have changes to their physical brain structure from all the stress of growing up in poverty, which impedes their brain development.

One thing is clear: "The Church's love for the poor . . . is a part of her constant tradition." This love is inspired by the Gospel of the Beatitudes, of the poverty of Jesus, and of his concern for the poor. . . . "  Those who are oppressed by poverty are the object of a preferential love on the part of the Church which, since her origin and in spite of the failings of many of her members, has not ceased to work for their relief, defense, and liberation." (Catechism of the Catholic Church. . . , nos. 2444, 2448, quoting Centisimus annus, no. 57, and Libertatis conscientia, no. 68)

How can we as Catholics help support an option for the poor and vulnerable?  Some local organizations that are trying to help alleviate effects of poverty:

As Catholics, we can also get involved in political activism to support government programs, which help to uplift the poor by providing access to food and healthcare.

There are many saints, who devoted to their lives to the poor in heroic ways.

Although Bl. Pier Giorgio Frassati grew up with wealth and privilege, he chose to devote his life to serving the poor through charity and seeking justice on their behalf by engaging in political activism.  St. Vincent de Paul also devoted his life to the poor and left a tremendous legacy of organizations, which continue to serve the most vulnerable today.

Though God has a unique plan for each of us, as Catholics, we can all make a difference by serving the poor. We encourage you to reflect on how you too can make serving the poor and vulnerable a part of how you practice your Catholic faith.   Thank you and God Bless!